It was back to college this week, a welcome change after some intense research over the hols. I like the start of the second semester, there’s always a great atmosphere around the college with the students back and the restaurants, shops and canteens back open. The students seem in good form too, no doubt enjoying a fresh start with a new set of modules (also, they haven’t yet received their exam results!).

This semester, I will teach my usual introductory module on the atomic hypothesis and early particle physics to second-years. As always, I’m fascinated by the way the concept of the atom emerged from different roots and different branches of science: from philosophical considerations in ancient Greece to considerations of chemistry in the 18th century, from the study of chemical reactions in the 19th century to considerations of statistical mechanics around the turn of the century. Not to mention a brilliant young patent clerk who became obsessed with the idea of showing that atoms really exist, culminating in his famous paper on Brownian motion. But did you know that Einstein suggested at least three different ways of measuring Avogadro’s constant? And each method contributed significantly to establishing the reality of atoms. 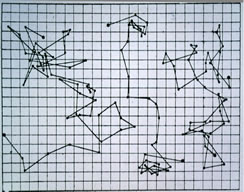 In 1908, the French physicist Jean Perrin demonstrated that the motion of particles suspended in a liquid behaved as predicted by Einstein’s formula, derived from considerations of statistical mechanics, giving strong support for the atomic hypothesis.

One change this semester is that I will also be involved in delivering a new module,  Introduction to Modern Physics, to first-years. The first quantum revolution, the second quantum revolution, some relativity, some cosmology and all that.  Yet more prep of course, but ideal for anyone with an interest in the history of 20th century science. How many academics get to teach interesting courses like this? At conferences, I often tell colleagues that my historical research comes from my teaching, but few believe me!

Then of course, there’s also the module Revolutions in Science, a course I teach on Mondays at University College Dublin; it’s all go this semester!

Tagged as History and philosophy of science, Teaching, universities

2 responses to “Back to school”