A Christmas break in academia

There was a time when you wouldn’t catch sight of this academic in Ireland over Christmas – I used to head straight for the ski slopes as soon as term ended. But family commitments and research workloads have put paid to that, at least for a while, and I’m not sure it’s such a bad thing. Like many academics, I dislike being away from the books for too long and there is great satisfaction to be had in catching up on all the ‘deep roller’ stuff one never gets to during the teaching semester. 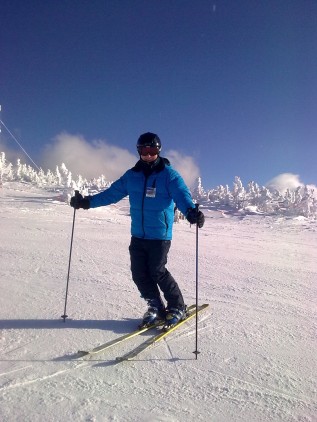 The professor in disguise in former times

The first task was to get the exam corrections out of the way. This is a job I quite enjoy, unlike most of my peers. I’m always interested to see how the students got on and it’s the only task in academia that usually takes slightly less time than expected. Then it was on to some rather more difficult corrections – putting together revisions to my latest research paper, as suggested by the referee. This is never a quick job, especially as the points raised are all very good and some quite profound. It helps that the paper has been accepted to appear in Volume 8 of the prestigious Einstein Studies series, but this is a task that is taking some time.

Other grown-up stuff includes planning for upcoming research conferences – two abstracts now in the post, let’s see if they’re accepted. I also spent a great deal of the holidays helping to organize an international conference on the history of physics that will be hosted in Ireland in 2020. I have very little experience in such things, so it’s extremely interesting, if time consuming.

So there is a lot to be said for spending Christmas at home, with copious amounts of study time uninterrupted by students or colleagues. An interesting bonus is that a simple walk in the park or by the sea seems a million times more enjoyable after a good morning’s swot.  I’ve never really holidayed well and I think this might be why. 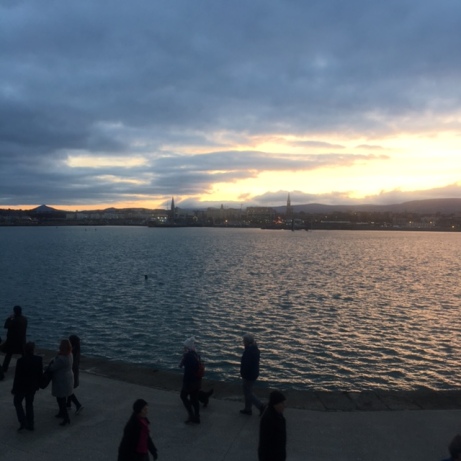 As for New Year’s resolutions, I’ve taken up Ciara Kelly’s challenge of a brisk 30-minute walk every day. I also took up tennis in a big way a few months ago – now there’s a sport that is a million times more practical in this part of the world than skiing.

Comments Off on A Christmas break in academia