This weekend saw the 7th Robert Boyle Summer School, an annual 3-day science festival in Lismore, Co. Waterford in Ireland. It’s one of my favourite conferences – a select number of talks on the history and philosophy of science, aimed at curious academics and the public alike, with lots of time for questions and discussion after each presentation. 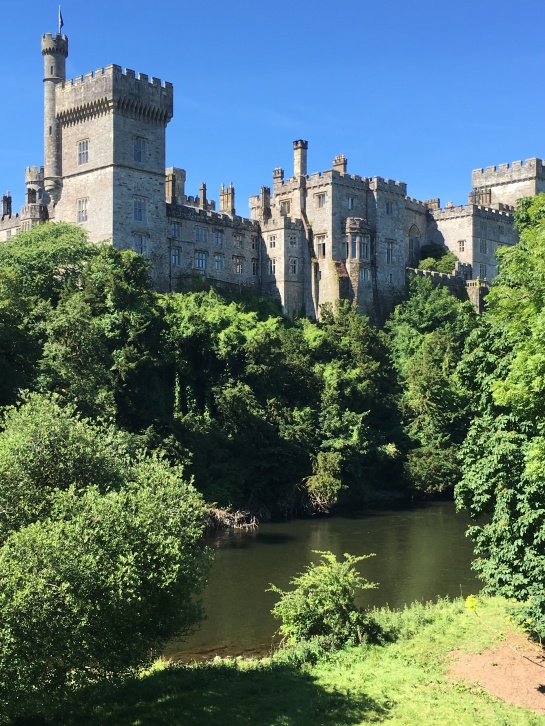 Lismore Castle in Co. Waterford , the birthplace of Robert Boyle

Born in Lismore into a wealthy landowning family, Robert Boyle became one of the most important figures in the Scientific Revolution. A contemporary of Isaac Newton and Robert Hooke, he is recognized the world over for his scientific discoveries, his role in the rise of the Royal Society and his influence in promoting the new ‘experimental philosophy’ in science.

This year, the theme of the conference was ‘What do we know – and how do we know it?’. There were many interesting talks such as Boyle’s Theory of Knowledge by Dr William Eaton, Associate Professor of Early Modern Philosophy at Georgia Southern University: The How, Who & What of Scientific Discovery by Paul Strathern, author of a great many books on scientists and philosophers such as the well-known Philosophers in 90 Minutes series: Scientific Enquiry and Brain State: Understanding the Nature of Knowledge by Professor William T. O’Connor, Head of Teaching and Research in Physiology at the University of Limerick Graduate Entry Medical School: The Promise and Peril of Big Data by Timandra Harkness, well-know media presenter, comedian and writer. For physicists, there was a welcome opportunity to hear the well-known American philosopher of physics Robert P. Crease present the talk Science Denial: will any knowledge do? The full programme for the conference can be found here.

All in all, a hugely enjoyable summer school, culminating in a garden party in the grounds of Lismore castle, Boyle’s ancestral home. My own contribution was to provide the music for the garden party – a flute, violin and cello trio, playing the music of Boyle’s contemporaries, from Johann Sebastian Bach to Turlough O’ Carolan. In my view, the latter was a baroque composer of great importance whose music should be much better known outside Ireland.

Images from the garden party in the grounds of Lismore Castle

Filed under History and philosophy of science, Science and society, Uncategorized

Tagged as History and philosophy of science, Science and society