Now that was a holiday. I just got home from one of the best snow holidays ever, a trip to Switzerland with the Frankfurt Ski Club. The club consists of American, British, French and Germans ski enthusiasts who work in Frankfurt and take a coach south to the mountains at every possible opportunity. (Yours truly got involved through a very good friend – I go as often as I can as the trips are always really well organised).

The trip got off to a great start with a gala dinner on New Year’s eve in our hotel on the shores of Lake Geneva. Although I moaned about having to bring a full tuxedo in my ski baggage, I must admit it was nice when I arrived from Zurich to find everyone at the hotel reception dressed to the nines and quaffing champagne. It really added to the occasion and it was great talking to old friends over dinner and making new acquaintances.. 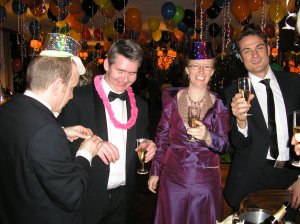 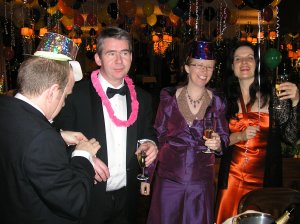 Next day we were bussed to Villars, the nearest ski resort. The conditions were fantastic, lovely deep snow from a recent snowfall and beautiful sunshine. One of the best day’s skiing I ever had. Incredibly, these conditions continued for the next four days as we visited resorts like Verbier and Portes du Soleil. I hooked up with some other off-piste skiers in the club and we had some very challenging skiing, including the famous Wall on the Franco-Swiss border in Portes du Soleil. 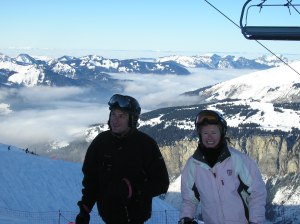 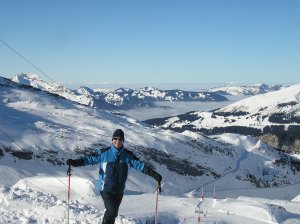 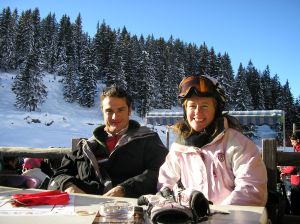 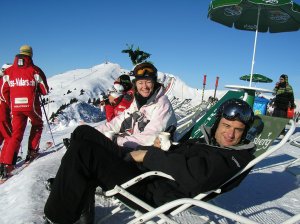 At the end of the trip I  took the club coach back to Frankfurt – a first as I’ve never been there! I’d heard it said that the coach journeys are one the best features of the FSC trips and it was certainly true on this occasion – it was more like a mobile bar full of friends than a normal bus journey. When we finally got back to Frankfurt, a few close friends decided to celebrate my arrival in their city, so the party went on til late..

This morning, I woke up in a strange city covered in snow. I made my way into the city center to meet a friend for lunch and then took myself on a mini-sightseeing tour of the city. Frankfurt city centre seemed surpisingly nice – an interesting mixture of beautiful old buildings and impressive new skyscrapers, not unike a large version of the financial district in London. Fantastic public transport of course, like everywhere in Germany.

Frankfurt in snow by Max Heidenfelder

Then it was on to the airport and back to reality. There’s no snow in Waterford and it’s too cold to surf. Sigh. Why can’t I live in a civilised country like Germany? Maybe I should apply for a job at CERN – I’d settle for Geneva alright…

4 responses to “The best skitrip”