VM Slipher and the expanding universe

In an earlier post, I mentioned an upcoming  conference in Arizona to celebrate the pioneering work of the American astronomer Vesto Slipher. As mentioned previously, 2012 marks the centenary of Slipher’s observation that light from the Andromeda nebula was Doppler shifted, a finding he interpreted as evidence of a radial velocity for the nebula. By 1917, he had established that the light from many of the distant nebulae is redshifted, i.e. shifted to lower frequency than normal. This was the first  indication that the most distant objects in the sky are moving away at significant speed, and it was an important step on the way to the discovery of the expanding universe. 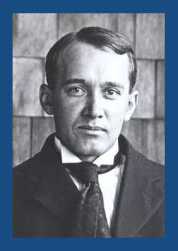 The conference turned out to be very informative and enjoyable, with lots of interesting presentations from astronomers, historians and science writers. It’s hard to pick out particular talks from such a great lineup, but three highlights for me were Einstein, Eddington and the 1919 Eclipse Expedition by Peter Coles, Georges Lemaitre: A Personal Profile by John Farrell and Slipher’s redshifts as support for de Sitter’s universe? by Harry Nussbaumer. The latter compared the importance of the contributions of Slipher, Hubble, Einstein, De Sitter, Friedmann and Lemaitre (to mention but a few) and was a focal point for the conference. My own talk ‘Who discovered the expanding universe? – an open bus tour’ was quite similar to Harry’s , with some philosophy of science thrown in, while Micheal Way’s talk Dismantling Hubble’s Legacy? also touched on similar ground.  However, there was little danger of overlap since viewpoints and conclusions drawn from the material varied quite widely! You can see the conference program here.

A slide from John Farrell’s talk showing a postcard from Lemaitre to Slipher, announcing the former’s visit to the Lowell observatory

Harr Nussbaumer, author of ‘The Discovery of the Expanding Universe’,  in action

Front slide of my own presentation

The best aspect of the conference was the question and answer session after each talk. There was quite a divergence of opinion amongst the delegates concerning the relative importance of the various scientists in the story, which made for great discussions (though I suspect that much of the argument arises from differing views concerning the role of the theoretician vs the role of the experimentalist). You can see a list of speakers and abstracts for the talks here and the slides for my own talk are here.

There was plenty of material here for the relativist; indeed, quite a bit of discussion concerned the relative contributions of Friedmann and Lemaitre (told you it was a good conference). In particular, the Israeli mathematician Ari Belenkiy gave a defence of Friedmann’s work in his talk Alexander Friedmann and the Origin of Modern Cosmology, pointing out that the common assertion that Friedmann took no interest in practical matters is simply untrue, given his work in meteorology, and that the relevant astronomical data was not widely available to Europeans at the time. I must admit I share Ari’s view to some extent; I’m always somewhat in awe of a theoretician who describes all possible solutions to a problem (in this case the universe), as opposed to one solution that seems to chime with experiments of the day.

The conference also included a trip to the Lowell observatory, including a view of the spectrograph used by Slipher for his groundbreaking measurements and a peep through the famous 24-inch Clark telescope which remains in operation to this day. We were also treated to a few scenes from Dava Sobel’s upcoming play based on her book on Copernicus, read by Dava herself and the eminent Harvard science historian Owen Gingerich.

Slipher’s telescope remains in use today

All in all, a superb conference, definitely worth the long trip (Dublin-Chicago-Phoenix-Flagstaff). Earlier in the week, I gave a longer version of my talk at the BEYOND centre at Arizona State University in Phoenix; I was afraid some of the theoreticians in Larry Krauss’s  group might find it a bit equation-free, but they seemed to enjoy it. Larry and Paul Davies have a fantastic operation going on at the BEYOND centre, but I have to say the ambience and surroundings  at Flagstaff are probably more suitable for a European – much nicer weather!

Many thanks to Ari Belenkiy for the photographs. You can find more descriptions of the conference on John Farrell’s Forbes blog, and on Peter Coles’s  In The Dark blog.

Tagged as Cosmology (general), History and philosophy of science, travel

2 responses to “VM Slipher and the expanding universe”