last night, I attended a terrific lecture on recent developments at CERN’s Large Hadron Collider, hosted by Astronomy Ireland at Trinity College Dublin. The lecture was presented by Professor Peter Watkins, a former leader of the particle physics group at University of Birmingham and a member of the ATLAS collaboration at the LHC. Professor Watkins was a member of one of the experimental teams that discovered the Z boson at the LEP at CERN in 1983. He is also very well-known for his work in bringing particle physics to the public and is the author of ‘The story of the W and Z‘, one of my favourite books on particle physics. 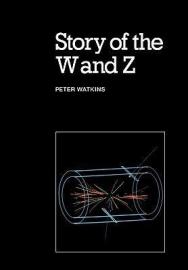 I try to go to as many of these public lectures as I can, in order to see how others present physics to the public. In this case, the lecture was superb, very easy to understand yet at quite a high level. It was loosely divided into five sections;

– an introduction to the building blocks of matter

–  a description of what the LHC is looking for

– a description of the methods of searching for particles

– a discussion of recent discoveries at the LHC

The first section gave a brief introduction to the standard model of particle physics. However, rather than present the audience with a list of quarks and leptons, Peter described our view of ordinary matter in terms of up and down quarks, electrons and neutrinos. Only after this did he mention the higher generations, an approach that worked really well. On the next slide, he gave a description of the fundamental forces, explaining along the way how electricity and magnetism were unified into the unified framework of electromagnetism many years ago, and how the latter interaction was more recently unified with the weak force to form the electroweak interaction. There followed a very nice discussion of the force-carrying particles, and the subsequent search for the W and Z bosons. This section finished with an overview of the role of the Higgs field in determining the mass of the particles – about as succinct an introduction to particle physics as I’ve seen!

The second section of the talk described what the LHC will search for; from the Higgs boson to supersymmetric particles, from investigations of the slight asymmetry in matter and antimatter decay to candidates for dark matter. Professor Watkins was also careful to explain that the LHC may yield great surprises, from missing energy that might constitute evidence of hidden dimensions to possible hints of new forces.

An experimental overview of the LHC and the ATLAS detector was presented in the third part of the talk. The technical challenges of LHC operation were clearly laid out, from the need for ultra-low temperatures to the problem of establishing an ultra-high vacuum on this scale, from issues with beam focusing to problems with superconducting magnets. This section included a great overview of the ATLAS detector, with each component described carefully.

The ATLAS detector, not the LHC as many newspapers seem to think

The fourth section of the talk was most unusual, where Peter gave a clear description of how the existence of elusive particles is inferred from those beautiful patterns on computer monitors.  Starting with E2 = p2c2 + m2c4, he gave a few examples where measurements of momentum and energy in the detector lead to an estimate of the mass of the parent particle. This section included a great description of the search for the Higgs via the ZZ and photon-photon decay channels.

In the last part of the talk, the speaker gave a clear description of recent work at the LHC. Touching briefly on the initial accident of 2008, he explained how ATLAS and CMS have gradually been closing the window on mass ranges for the Higgs (including earlier data from LEP). He had a nice surprise for many in the audience when he mentioned that ATLAS has already discovered its first new particle – a new state of the chi-b particle . The lecture finished with a discussion of the famous ‘bump’ in the ATLAS data at 126 GeV announced two weeks ago, and the possible significance of the discovery.

I found this a superb lecture overall. The speaker outlined difficult concepts extremely clearly and gave a great description of how concepts emerge, rather than presenting ‘facts’ as fixed dogma. The audience certainly thought so too and there were dozens of questions afterwards. As always with Astronomy Ireland lectures, the discussion continued in the pub across the road. At one point, Peter explained that part of the current excitement is due to where the bump is; if the 126 GeV result stands, this relatively low mass for the Higgs may be compatible with extensions to the standard model such as supersymmetry….a good time to be a particle physicist!

Rumours are circulating that the CMS bump has not disappeared on further analysis, but is converging on the ATLAS result, exciting times