We met a very interesting figure in the study of the history of science in class today: the Russian physicist Boris Hessen. Hessen is famous for a 1931 paper entitled The Social and Economic Roots of Newton’s Principia, in which he suggested that Newton’s monumental work was created to cater to the goals and desires of 17th century industry and society in England. In other words, Hessen argued that Newton’s work was not the disinterested study of the natural world, but was motivated by an attempt to solve the problems of society of the day. 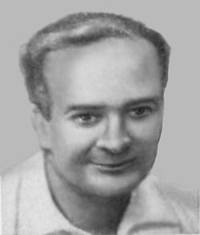 Modern scholarship has revealed that Hessen’s motives were not completely academic. In the Soviet Union in the 1930s, the work of Albert Einstein was under attack by Communist Party philosophers, as they saw it as a concern of the bourgeoisie. Hessen was a strong supporter of Einstein’s theories and his study of Newton was intended to show that scientific validity could exist whatever the motivations were for undertaking it. Sadly, he was executed by the NKVD in 1936.

Hessen’s focus on the relationship between society and science was quite novel at the time and became very influential. It was a challenge to the tacit notion that the story of science is a story of independent genius in action. The assertion of a connection between the growth of knowledge and society at large was viewed with keen interest, not least because of the prospect of another war in Europe. Previous views of science as separate from the mundane aspects of life were becoming less plausible than a view of scientists embedded in the world in which they worked.

This view of the history of science  i.e. looking at the manner in which science and scientists are affected by society, is now known as externalism. It is the opposite view to internalism , a view that sees the acquisition of scientific knowledge as a process that can occur at any place and time given the right human actors. Internalist histories of science tend to focus on the development of ideas wholly within the scientific world, and emphasize the norms of modern science such as disinterestedness and universalism.

Which is the “correct” view for a historian of science? This is not an easy question to answer because the differences between internalism and externalism are closely related to basic problems in the philosophy of science we have met before. What is the relationship between the producers and consumers of scientific knowledge? What does objectivity really mean in a scientific context? All of which quickly leads us back to familiar questions such as what is the nature of scientific truth?

The historian and sociologist of science Robert K. Merton produced many famous works in reaction to Hessen’s thesis. Merton accepted the influence of external factors on science but differed from Hessen in his interpretation: Merton maintained that while researchers may be inspired by problems suggested by extra-scientific factors, ultimately the researcher’s interests are driven by the internal history of the science in question. Indeed, Merton sought to delineate externalism and internalism along disciplinary boundaries, with context studied by the sociologist of science and content by the historian.

5 responses to “Boris Hessen and externalism”